Skip to content
Home/Buyers Guide, Features/DJI Spark Vs GoPro Karma – Which drone to buy
Previous Next

DJI Spark Vs GoPro Karma – Which drone to buy 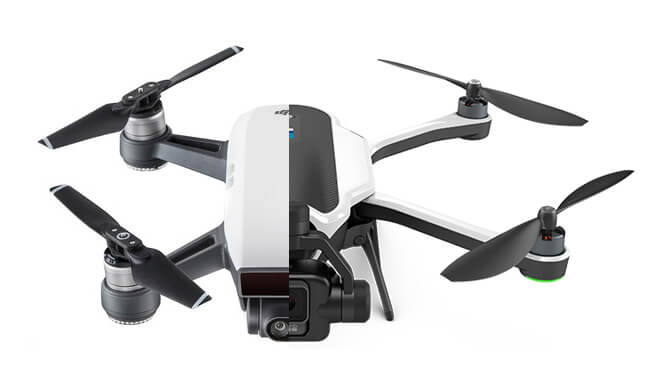 The GoPro Karma was highly anticipated, but had a troubled entry to the market being recalled just weeks after its release. Then after months of waiting, it finally returned to the market as the same drone at a higher price, leaving customers a little cold. DJI’s Spark drone exploded in to the market and excited people with its simple controls, exciting flight and tracking features along with its tiny portable size. But when it comes to specs, which is the right choice for your shooting needs?

The GoPro Karma folds down neatly in to a good rounded shape but the position of the gimbal makes it too delicate to throw in a bag and you need to travel with the controller. The Spark drone on the other hand is controlled by a smart device and is small enough to fit in a pocket. So the Spark has GoPro Karma beat in terms of size and portability.

The Spark drone can shoot 1080p full HD video and is stabilised by a 2-axis gimbal. All of the supported cameras on the GoPro Karma can shoot 4k at 30fps with the exception of the GoPro Hero 4 Silver which shoots at a disappointing 15fps when in 4k mode. It also has a 3-axis gimbal offering more flexibility and stability when shooting. In terms of quality the GoPro Karma has Spark beat, it has a higher quality camera and better gimbal, it also has the size and weight advantage to hold strong in tougher flying conditions.

The Spark drone has the ability to shoot 12 megapixel stills in the JPG format. GoPro Karma’s camera is dependant on which GoPro model you house in to it. All of the supported models can shoot the equivalent of the Spark (12 megapixels stills). But the latest GoPro Hero 5 Black (not the Session) has RAW image support in the .GPR format which is an extension of Adobe’s RAW .dng format. This gives a bit more flexibility over the editing of your images in post.

GoPro Karma wins hands down on the flying range with a distance of 3000 metres (almost 2 miles). The Spark has a flying distance of 100 metres without the additional remote control, only 3% of the distance offered by the GoPro Karma

With the optional remote control, the Spark drone can fly up to 2km (1.2 miles) which is 2/3 of the GoPro Karma’s flight distance and thats impressive for its size. Most pilots will not test the full boundaries of the flight distances due to flying and safety laws. The optional controller that the Spark offers can be preferable due to offering the addition of the tactile controls.

GoPro Karma’s bigger battery gives it longer flight times of 20 minutes compared to 16, although an added bonus of the Spark is that you can directly charge it over usb on the go. In terms of speed the GoPro Karma just comes out on top with speeds of up to 35mph (56kph) over the Sparks 31mph (50kph) top speed.

People have said that since the Spark’s release that the GoPro Karma is dead in the water and no longer relevant. But realistically the GoPro Karma is more of a rival to the Yuneec Typhoon 4k with its removable handheld gimbal for handheld shooting. The Spark is more of an accessible drone that is packed with intelligent flight features that can all be controlled from a smartphone or tablet, closer to the Yuneec Breeze. . 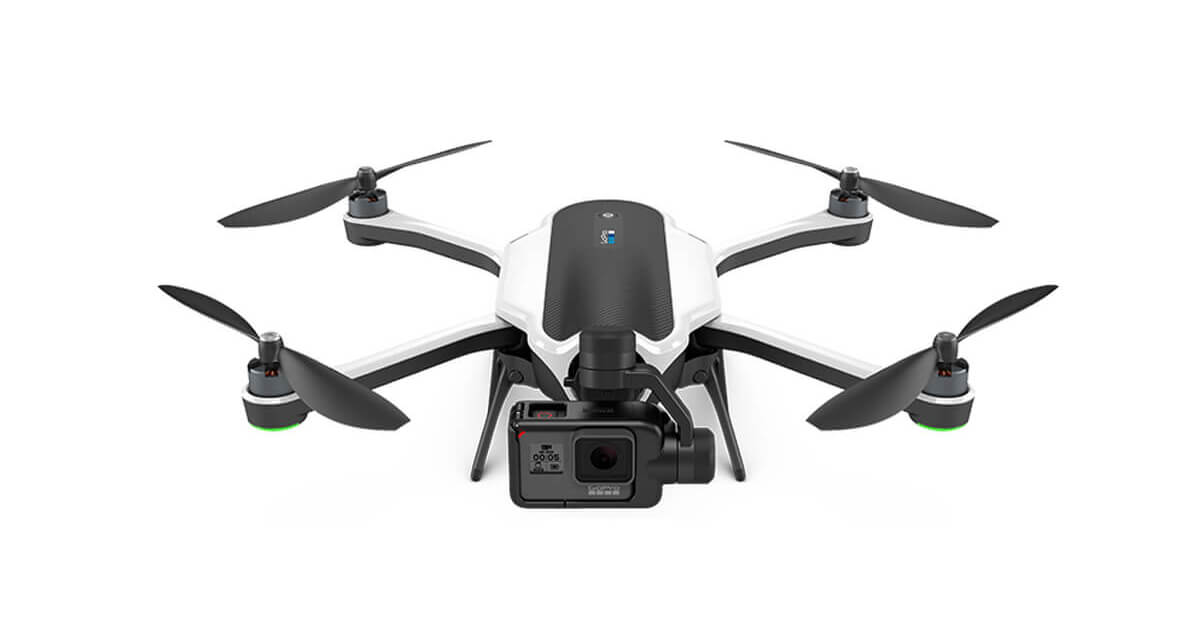