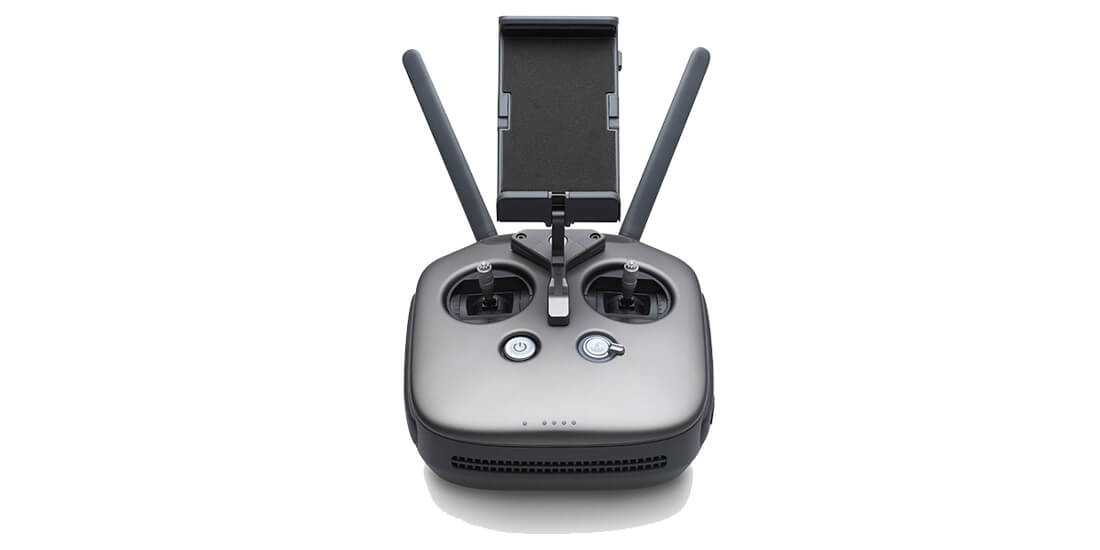 The DJI Inspire 2 is everything the Inspire 1 was and much more and it has all of the same standard features as the Phantom 4 Pro. The Inspire 2 comes with a Zenmuse X4S camera on a 360-degree panning gimbal. The camera has an all new CineCore 2.0 image processing system which can shoot 4k at 60fps and up to 5.2K at 30fps in CinemaDNG RAW as well as Apple ProRes, making it a weapon of choice for professional film makers around the world.

The Inspire 2 can hit an impressive top speed 58mph (94kph) compared to the Inspire 1’s 49 mph (79 kph). Max flight time has also been increased from 18 mins to 27 min (with Zenmuse X4S camera) thanks to its new duel battery system. The FlightAutonomy has been updated and now includes sensors for 2 directions of obstacle avoidance, forward and downward, sensing obstacles up to30m ahead.

New intelligent flight modes include Spotlight Pro which helps a single pilot to capture complex shots without the aid of a second person manning the camera controls by using advanced tracking to lock onto a subject during flight. The Smart Return Home feature allows the DJI Inspire 2 to safely fly back to its take off point along its original route if the video transmission system signal is lost.

Likewise with the Inspire 1 the DJI Inspire 2 certainly shouldn’t be considered for a beginner or first drone. This drone is a tool for professional film makers for use on commercial projects. Currently starting at £3,059 ($2,999 in the US) this really would be a substantial investment, but it’s some piece of kit if its right for your needs.