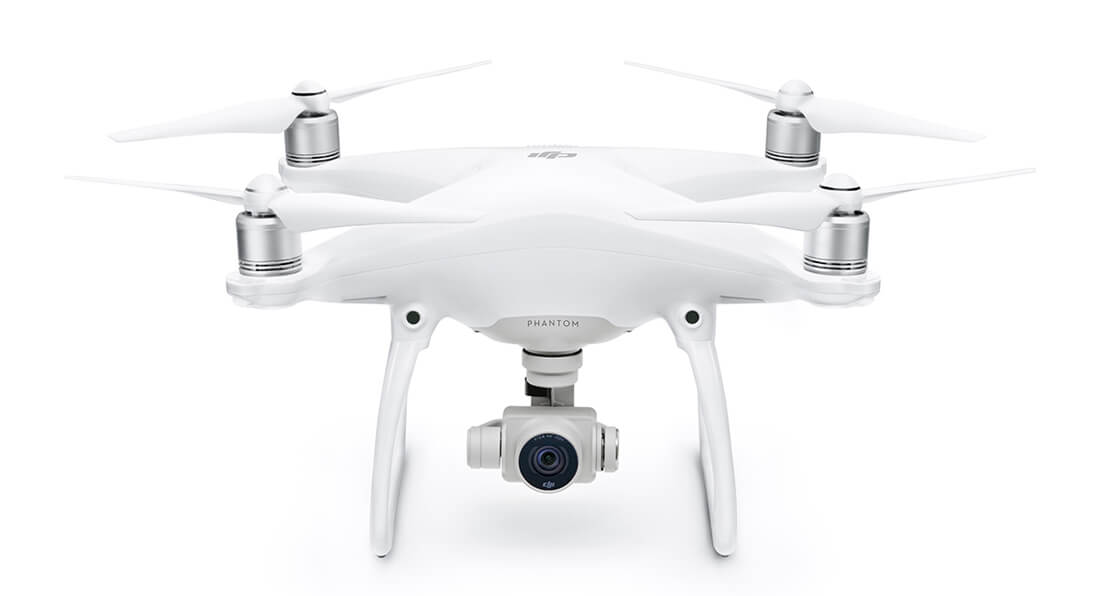 The DJI Phantom 4 was a major leap forward for the Phantom series bringing new technology and features. The stand out tech includes the all new Vision System which introduces obstacle avoidance to the drones features. Sensors on the front of the drone allows it to react to upcoming obstacles in its flight path giving the pilot peace of mind when it come to unwanted accidents. In Normal Mode the drone will simply stop and hover when an obstacle obstructs its path but in the other flight modes such as TapFly, ActiveTrack and Smart Return Home the drone will fly to avoid whilst heading to its destination.

When running the new TapFly mode you can simply tap the screen on your smartphone or tablet and the drone will fly to this point, effectively relieving the pilot of the flight control and allowing you to focus on just the camera to get the perfect shot. Another great new flight mode is active track, which allows you to pin point a subject and the drone will fly whilst tracking and keep them in frame.