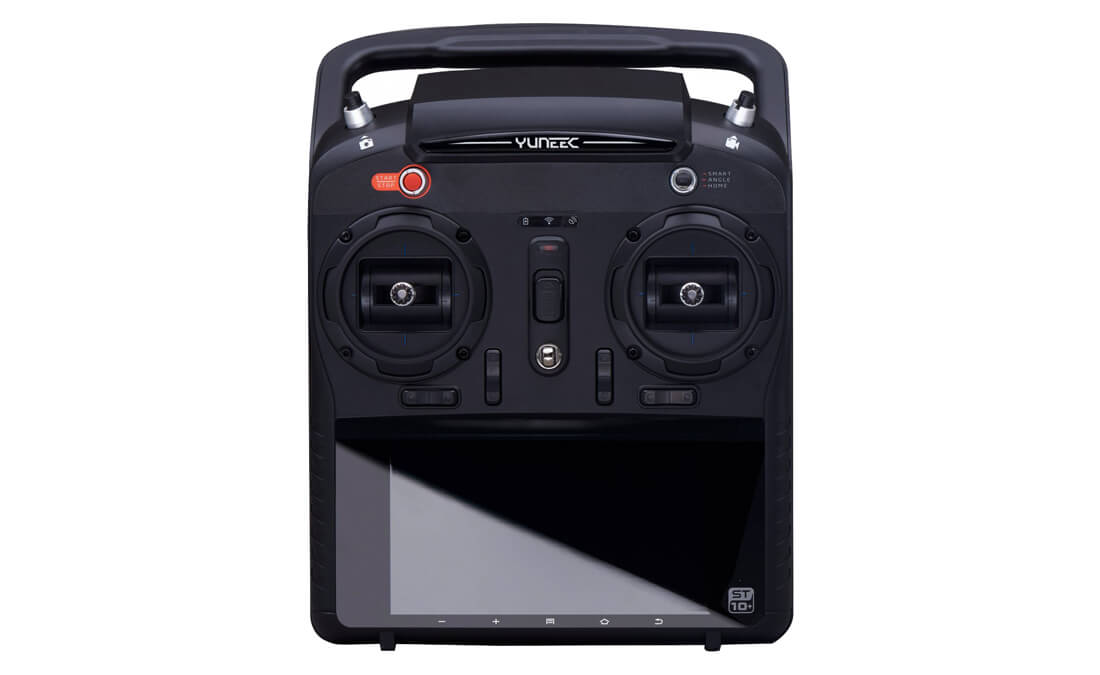 Typhoon boast that the Typhoon 4k is an all-in-one shooting solution because it comes bundled with the 3-axis Handheld SteadyGrip™ similar to the concept of the GoPro Karma. So this allows you to get super steady ground shots as well as aerial footage. The steady grip works with a simple release and clip from the drone to the stabiliser and can use a mobile device for live view. The camera connects using the CGO3 app and is available for free on iOS and Android devices. This offers specific follow and focus modes for handheld shooting.

The Typhoon has a ‘follow me’ feature that will follow a chosen subject as well as reacting to elevation changes in the environment it passes through on the way. There is also a ‘watch me’ feature that will make sure that the camera is also locked on to the subject it is tracking. On top of that, is has GPS tracking and a return to home feature that will activate in the event of signal loss.

The Typhoon 4k has a setup time of less than 2 minutes and a flight time of 25 minutes (50 minutes with the included second battery). Its controller has a built-in touchscreen, so no additional devices are required. It can be used to easily change camera settings on the move, including resolution, frame rate and white balance. Another nice feature of the controller is the ability to run flight simulation modes to practice flying and get used to the controller without the risk of crashing.

The Typhoon’s larger body, 3-axis gimbal and optical compensation offers great quality footage, even in windy conditions. Put that together with additional 3-axis Handheld SteadyGrip™ and it is a solid all-rounder.