Skip to content
Home/Features, News/Mavic Air drone from DJI | Where it fits in to the DJI drone lineup
Previous Next 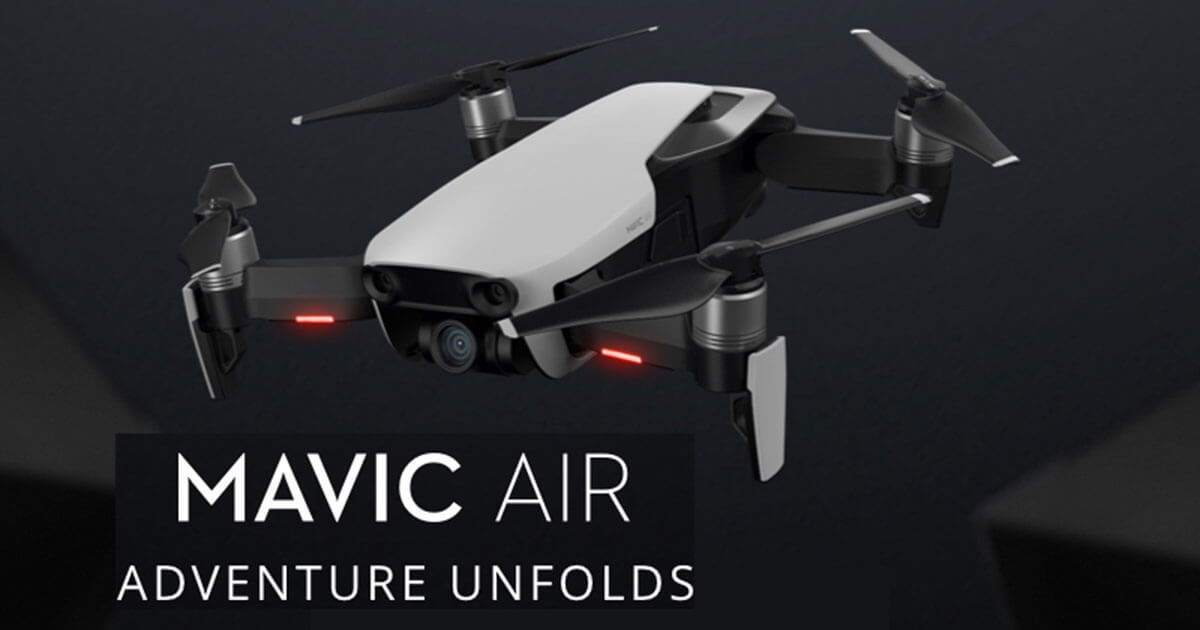 What is Mavic Air?

Mavic Air is the latest offering from drone giant DJI, the company saw huge success with its predecessor the DJI Mavic Pro. The Mavic Pro changed the game of drones, it brought something bulky and inaccessible to the mainstream market making it fun and compact while still retaining some excellent technical specs.

Find Out More About The Mavic Air Drone

The DJI Spark has satisfied the beginner / enthusiast end of the market with its tiny form factor and fun flying and shooting features. Although the price has long been a sticking point with customers stating that £500 is too much for an entry level ’selfie’ drone. Personally we feel that is a bit harsh labelling the Spark in that category, it can create fantastic HD video and high resolution photos and is certainly more than a toy.

DJI have now addressed that in the form of the new Tello, a new entry level drone with a much lower price point. Tello is less of a camera drone because it doesn’t shoot video (yet), although it does shoot 5 megapixel photos. It comes bundled with some fun flight modes like 8D flips, bounce and even the ability to automate and pre-program flight with Scratch, the popular development tool aimed at the younger audience looking to get in to programming and robotics. Tello features a 13 minute flight time, 720p HD transmission and 100m image transmission all for £99.

For the drone audience that want that additional 3-axis gimbal with 4k video along with the compact design the Mavic offers are looking at spending over £1000 ($1000). The DJI Mavic Air looks to bridge that gap by offering those great specs at a lower price point, making having a 4k camera drone incredibly accessible.

The Mavic Air has is half the size of the Mavic Pro and weighs just 41% of the Mavic Pro with foldable landing body and landing gear, 7 onboard vision cameras with 3 direction sensing. A newly designed remote control features 2.5 mile flight distance over enhanced dual band signal. 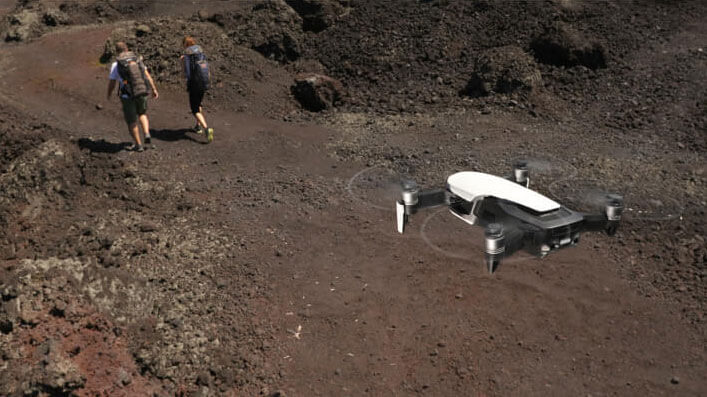 Mavic Air includes a 12-megapixel camera with a 24mm f2.8 lens mounted on a 3-axis gimbal with 4K video capture. It also shoots 120fps 1080p full HD video. It can shoot and stitch multiple high resolution images to create stunning high resolution panoramic images. Mavic Air can also capture HDR images that can really boost colour and image depth. Rather than MicroSD Mavic Air comes with 8gb of built-in storage. It features 21 minute flight time, 6 – 9 minutes less than that Mavic Pro can offer. It features all the flight features of the Mavic Pro including ActiveTrack and boomerang. It builds on the gesture features of the Spark with landing and distance gestures. Although smaller the Mavic Air is more stable in rough conditions and the fastest lightest Mavic to date with 42.5mph (68.4kph) top speed in sports mode. Mavic Air also features gesture control, obstacle-avoiding sensors, foldable arms and the drone is available in Artic White, Flame Red, and Onyx Black.

One big feature of the new Mavic Air is the introduction of APAS (Advanced Pilot Assistance Systems) which takes obstacle avoid to the next level and planning routes around obstacles on the fly.

The Mavic Air costs £769 ($799) for the drone and controller or the Fly More Combo is available at £949 ($999) which comes with a shoulder bag, extra batteries, propellers and leads. Mavic Air is available for pre-order today and starts shipping on the 28th of January.

Should I buy Mavic Air?

For the price point the specs are very good and the Mavic Air has some nice advantages over the Spark and Mavic Pro. It doesn’t compete with the Mavic Pro in terms of battery life and flight range but it comes with some neat new features that the older drones just don’t have. It all comes down to personal preference, but if you want the latest and greatest then this is for you! If you want it then be sure to pre-order as soon as possible because stock will not last long!

Although there are many competitors out there at the minute trying to compete, right now DJI have a strong product line with some excellent software to back it up. Having the Tello and the Mavic Air in their arsenal will place DJI even more firmly as tog dog of the drone world. You can check out the video for the new Mavic Air below.