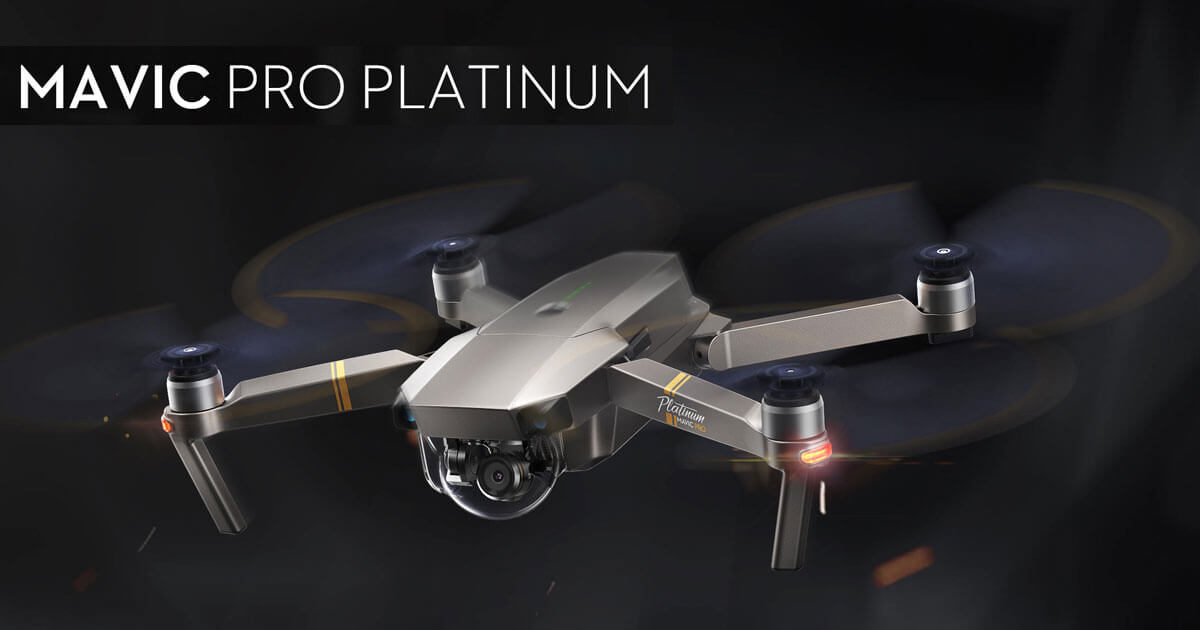 What is Mavic Pro Platinum?

DJI’s Mavic Pro Platinum is more like a special edition version of its Mavic Pro than the high anticipated second generation model. It was announced at the IFA electronics show that a new Platinum edition of the DJI Mavic Pro would be available as well as a new special edition Phantom 4 along with some new features for the DJI Spark.

Although not a radical change from the current Mavic Pro, the new Mavic Pro Platinum does have some nice little additional features. The first thing you will notice is the new platinum body colour.

Its flight time has been slightly enhanced from 27 minutes max flight time to 30 minutes and 24 minutes hovering to 27 minutes. So essentially an extra 3 minutes flight time which may not sound like a lot but that is over an extra 10% battery life.

Newly designed motors and propellers make it 60% quieter than the Mavic Pro which may sound trivial at a 4dB saving. But anyone trying to capture clean sound whilst filming or fly without drawing attention to the drone will be rejoicing.

The new props can be retrofitted to the original Mavic Pro for a slight noice reduction, although you will not reach the levels of the new Mavic Pro Platinum due to the new motors.

Mavic Pro Platinum is £100 ($100) more than the standard Mavic Pro drone costing £1199 ($1099) and is available now from the DJI Store. The Fly More Combo previously available with the original Mavic Pro is also available for £1459 ($1399). The Fly More Combo includes a spare upgraded battery and propellers as well as the usual power bank adapter, case, charging hub and car charger.

Check out the new Mavic Pro Platinum below.

Buy Now
[rev_slider alias=”mavic-pro-platimnum” /]
Buy Now
Get the latest updates on DJI's Mavic drone If the Mavic Pro Platunum wasn't a big enough upgrade for you and you want to stay up to date with latest news on the next generation Mavic Pro then sign up for up to the minute news.