The launch day of the companies new Hero 7 camera line also sees the last breath of its drone the GoPro Karma. The GoPro Karma was plagued by a hardware issue involving the battery that rocked the confidence of consumers and cost them big in after-sales support.

Is the GoPro Karma on Sale?

The remaining GoPro Karma stock has been off-loaded through the companies official website in a 40% fire sale. The sale went on from August 28th to September 20th.

Should you have bought one?

The honest answer from us is no, not when it will no longer see any support updates. It also wasn’t a cutting-edge drone when it launched, so now 2 years on its really showing its age. Especially when rival companies like Parrot and DJI have continued to innovate with much better products for less money.

There are tons of great alternatives to the GoPro Karma on the market and all of them feature much better technical specs and performance. Here are some of our favourite GoPro Karma drone alternatives, for a more drones check out our drone comparison tool or drone directory.

DJI’s Mavic Air is an awesome little compact folding drone featuring 3-axis stabilised 4K video, 12-megapixel photos, and some amazing flight features. It features obstacle avoidance and the APAS system allowing it to recalculate flight paths on the go should it meet an obstacle. That combined with a whole host of pre-programmed flight features make it a fantastic drone to have on you. 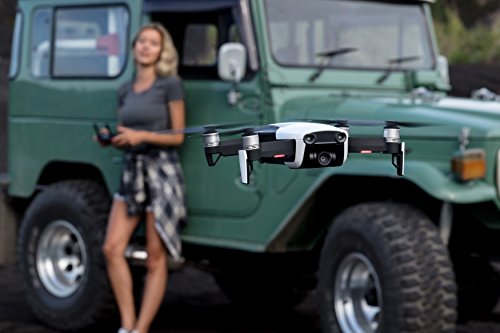 Not the catchiest name but a great little foldable drone from Parrot that offers 3-axis stabilised 4k video featuring a 2.8x lossless zoom, 21 megapixel photos and a 25 minute flight time. It also features 180 degree gimbal movement allowing even the tightest of shots. The cameras zoom can be combined in to the shooting modes to create some really interesting dolly shots. 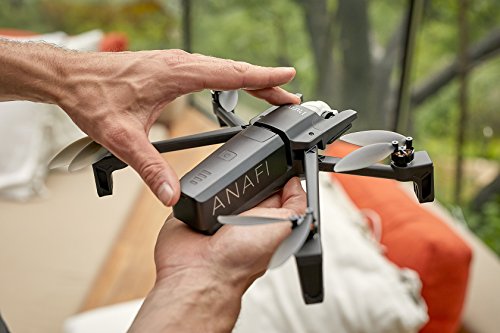 If you have a little more money you should definitely consider the Mavic Pro series. The new Mavic 2 Pro comes in two versions, the Mavic 2 Pro Zoom, and Mavic 2 Pro. You can learn more about the differences between the two in our Mavic Pro 2 comparison post here. Or alternatively, you can still get the original Mavic Pro which was the direct rival to the GoPro Karma when they launched back in 2016. The original Mavic Pro boasts 4k video, obstacle avoidance, 4.3 mile (7km) range and 40 mph (65 kph) top speed.

The Mavic 2 drones build on this offering more obstacle sensors on all sides integrated with the APAS system for navigating around obstacles. They also feature improved flight times and speeds as well as some nice new flight features. The main feature of the new Mavic 2 series is, of course, the upgraded camera with the pro version featuring a 1-inch sensor, a first in a drone of its size.

What if I already have the Karma Drone?

The new Hero 7 cameras will work with the Karma Drone so you will see improvements on that side of things but the drone market has changed so much since its launch. If you want obstacle avoidance, improved speed / flight range and more advanced flying features then you are a bit stuck. You will need to trade in the Karma drone and get something from another manufacturer.
By dronebuyersclub|2018-09-28T19:41:16+01:00September 28th, 2018|Buyers Guide, Features, News|0 Comments