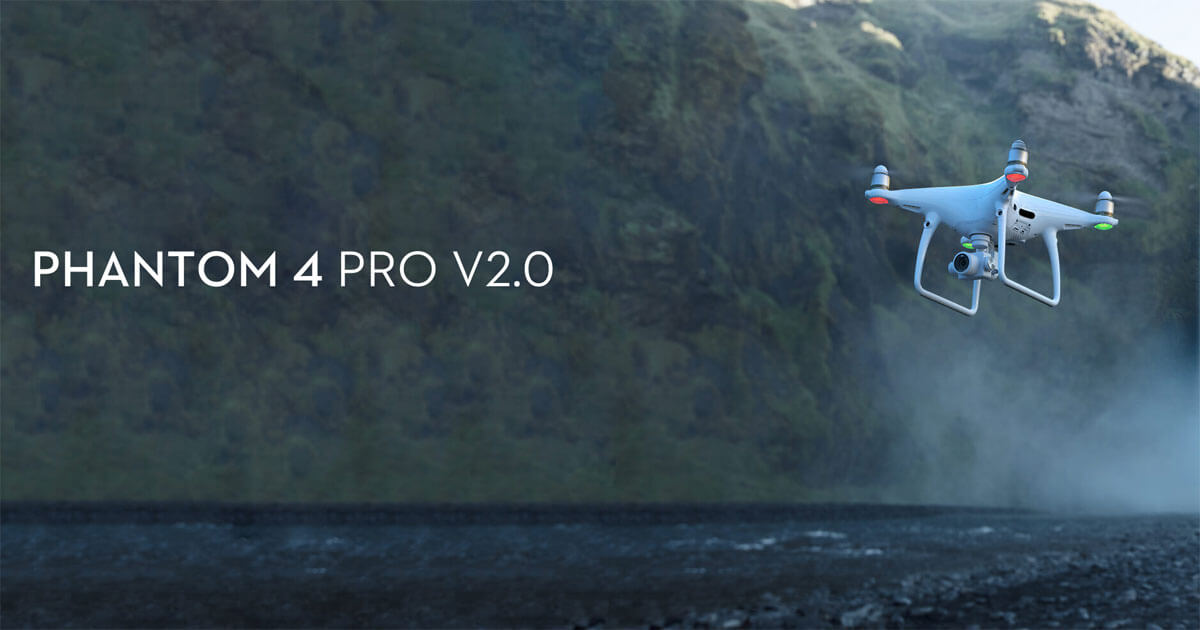 The Phantom 4 Pro V2 is as it suggests a slight spec bump on the DJI Phantom 4 Pro (V1) as it will now be known. Its not enough of an upgrade to warrant a new model but its enough to be communicated so you know what you are getting. Its fair to say its been a bit of a silent launch, no upgrade video or marketing to be seen. Just a simple press release to announce that it is here.

The Phantom 4 Pro V2 is marginally lighter than the Phantom 4 Pro V1 weighing 13 grams less than its predecessor. It boasts a 4db reduction in motor noise much like the Mavic Pro Platinum. Although the Phantom series is not the stealthiest of drones, every little helps when it comes to noise reduction. The V2 claims a 60% reduction in propeller noise which is pretty impressive.

The big shift in the new Phantom 4 Pro V2 is that it has now shifted from using the Lightbridge video transmission system and moved over to OcuSync. This switch should offer great looking video transmission at a very solid connection with low latency. This shift should give a nice cable-free experience whilst using the DJI Goggles during flight. It also means you will be able to use multiple controllers and headsets.

There is also a Phantom 4 Pro+ V2.0 version which comes bundled with a 5.5-inch, 1080p resolution screen built-in to the remote controller. The screen features a high level anti-glare for flying in sunny or otherwise bright conditions.

Flight times, obstacle sensors and the camera specs remain the same in this upgrade, those will have to wait for the Phantom 5. This is not really a deal breaker though as the Phantom 4 Pro is a technically excellent drone and the footage it can capture at 4K 60fps looks stunning.

If you already have the DJI Phantom 4 Pro then this is probably not for you and likely a little frustrating if you are waiting on the Phantom 5. There will likely be an option to retrofit the new style props to reduce some noise. But if you need something now and want something a little more robust than the Mavic series with a bigger camera then this is still a great choice.

If you want to know more about the specs of the Phantom 4 Pro then you can check them out here.