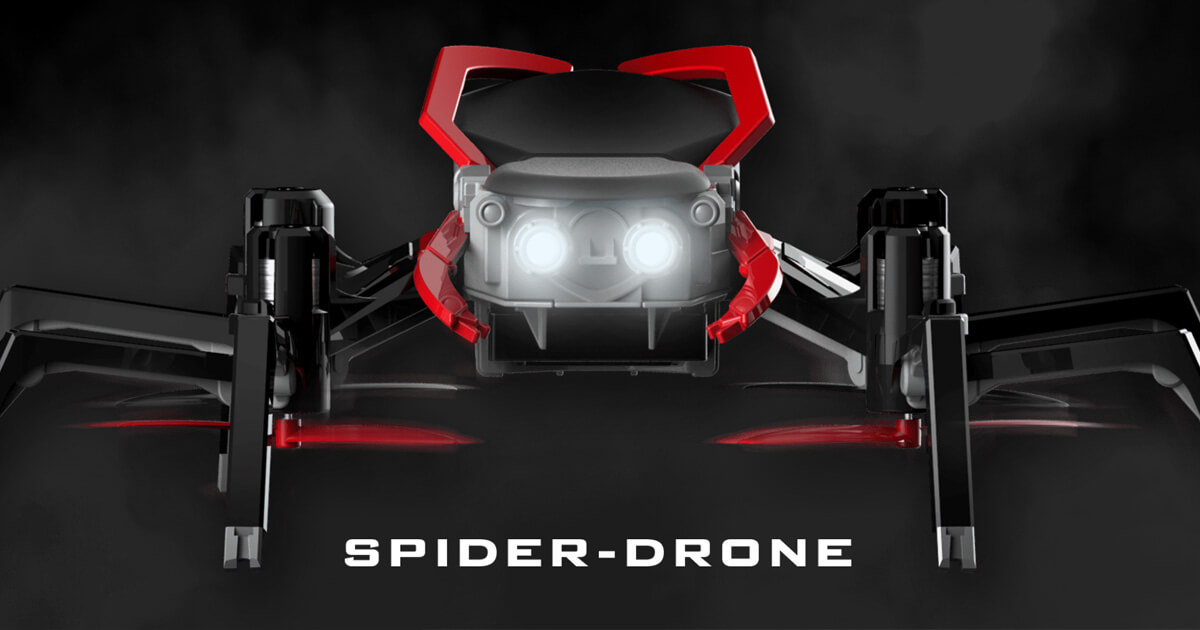 What is Spider Drone ?

Spider Drone is a new Spiderman themed drone that is being released alongside the new film Spider-man Homecoming. In the new Homecoming film Spider-man has a new surveillance toy and the Spider Drone looks to bring it to life. The drone of course has eight legs and is kitted out in the colours and style from the movie.Spider Drone comes in two different types, the base edition and the special edition version with live streaming 720p video at 30 frames per second for first person view flying. The special edition version connects over Wi-Fi and can record directly to a smart device in the click of a button. It can also record video directly to a micro SD card of up to 32gb.

Spider Drone was created by Sky Rocket Toys and is based on the firmware and hardware of the Sky Viper drone. It comes with a super simple controller that has all the flight modes labelled on the relevant buttons so you always feel in control.

Spider Drone’s body measures 7.5″ by 2.5″ and features direct drive motors and front and back leds. It also features a voice feedback controller, auto launch, hover and land and dual flight modes to accommodate different flying skill levels. The removable battery can be charged over usb.

One really cool feature of the Spider Drone is the app enabled flight mode that allows you to get a heads-up display and be transported into Spider-Man’s world to play games and unlock achievements. The app is available for iOS and Android devices. This really adds another fun element to the flying and the gamification aspect is quite addictive.