Skip to content
Home/Features/The Future of DJI
Previous Next

The Future of DJI 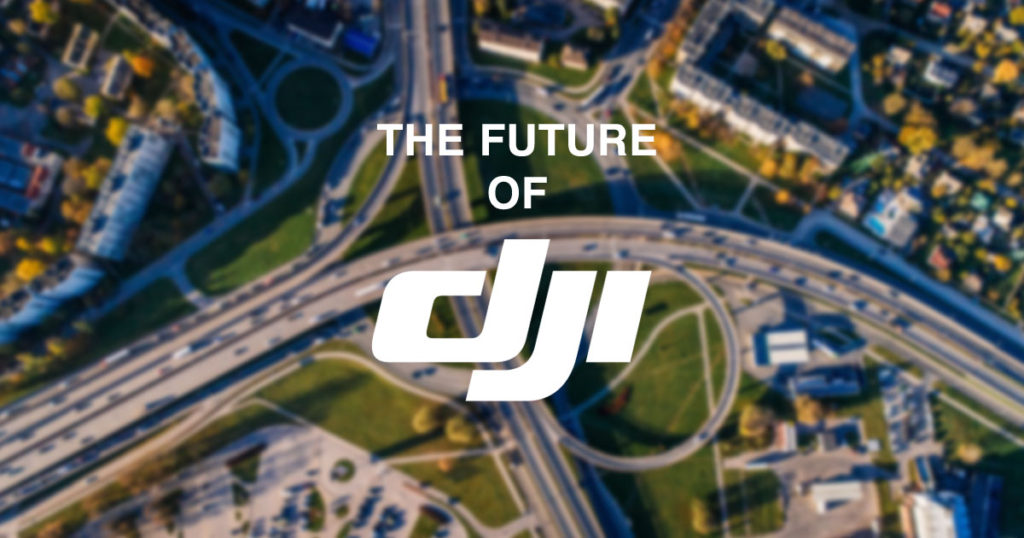 The future of DJI is certainly a bright one, they have absolutely dominated the drone market for the past few years and continue to hold audiences attention with their new products, both in drones and other hardware.

An image has surfaced showing what appears to be the new Mavic 2 body as well as what looks like a new Osmo that crosses over with the Mavic 2 ala GoPro Karma Drone / Grip. It also appears to show their much anticipated ground vehicle which could come under the name DJI Terra at a later date. Its not top secret as they show ground vehicles in some of their test shots for the new Ronin S. 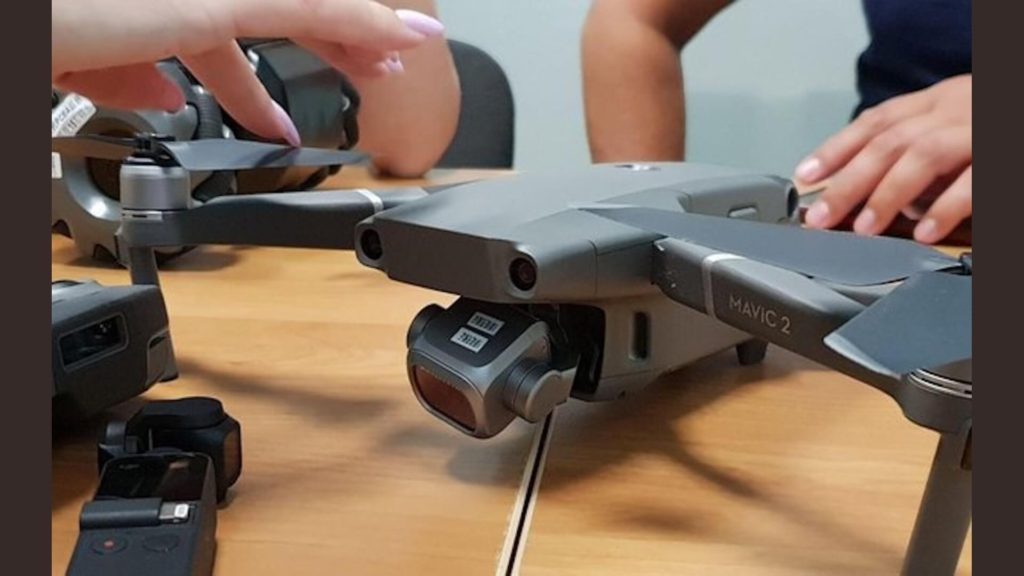 The actual hardware in this image does look a bit unfamiliar as a finished DJI product, so it is likely they are prototypes. The Osmo looking gimbal on the left side table looks more like an old Flip HD than a product being released in 2018.

But one thing that does look to be coming to fruition is the DJI family of tools coming to some kind of unity. It appears that the Osmo, Mavic and Terra (name not confirmed) could all have the same plug and play camera system. This would be amazing because you could just buy the tools you need and the cameras that suit your shooting style. Then you can build up cameras and tools to widen your shooting options.

GoPro really hit home with that concept back when the Mavic Pro was released and it was a deal breaker for some people. Sadly the GoPro Karma drone was just not up to scratch and now that system is off the market and GoPro at its weakest market position to date. Yuneec use a similar grip and drone system with their Typhoon and that is really the only current system out in the market doing that. It’s a really useful way to shoot for people who want to travel light. You only have to look on Youtube to see that people are always trying to shoot with drones on handheld rigs etc.

It makes absolute sense to bring everything in to one ecosystem because the mobile phone gimbal market is shrinking due to competition and pricing. The ground vehicle shooting options in the market are either expensive pro options or DIY solutions that are too complex and time consuming for the average shooter. With DJI already having such a tight grip on the drone market it makes it a great time for them to diversify their lineup and offer even more tools for people to make great video.

The second set of leaked images we see from DJI appear to show a new enterprise range featuring interchangeable tools. The ones shown in the pictures look to be search and rescue tools including a high intensity light beacon and loudspeaker for attracting attention in tough conditions. 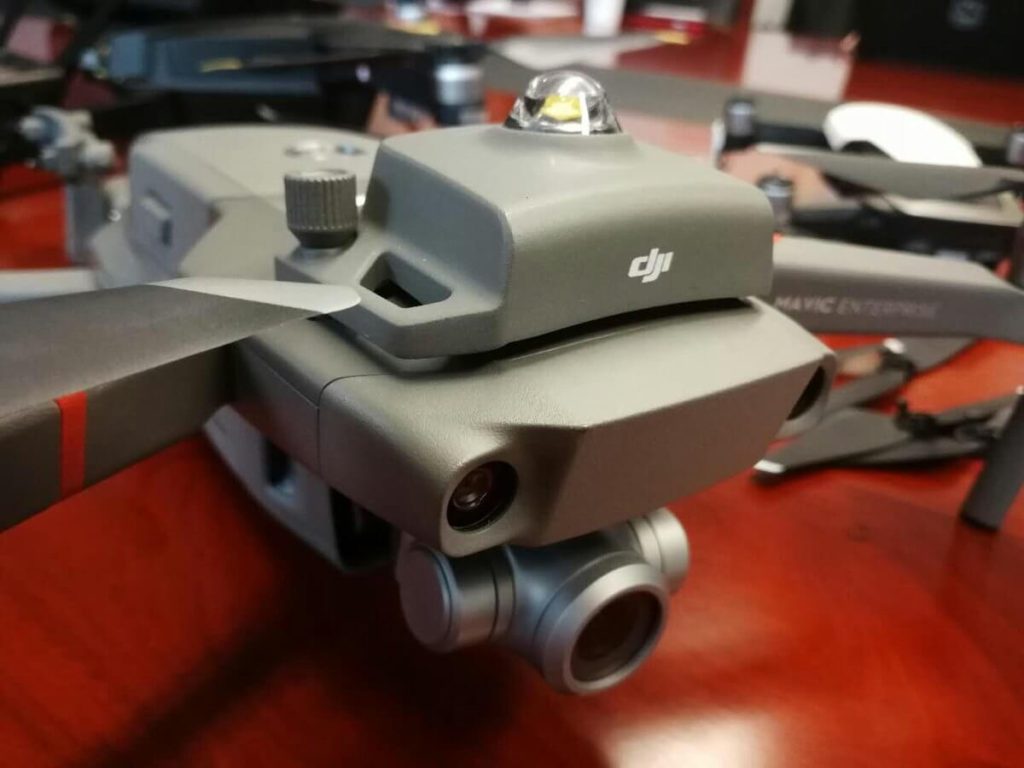 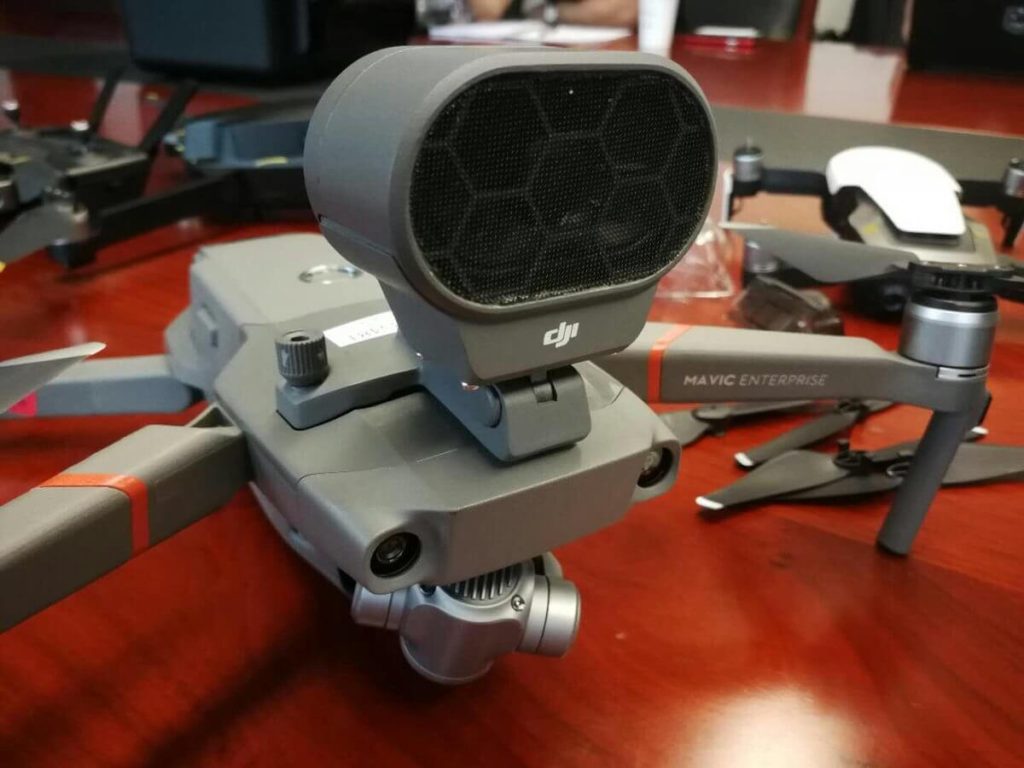 These images are unverified but we would highly recommend that if you are looking to buy multiple products from DJI to shoot then it could be worth holding fire for a couple of months. Especially with the recent delay of the recent DJI launch event. We could speculate all day about whats coming but only time with tell.

The future of DJI is not black and white but it seems like its only a matter of time before they will have the market cornered for prosumer, commercial and pro shooting setups. DJI have done extremely well to diversify their product line so well that it covers everyone from an entry level pilot using a Spark to a police team using a custom setup for search and rescue.