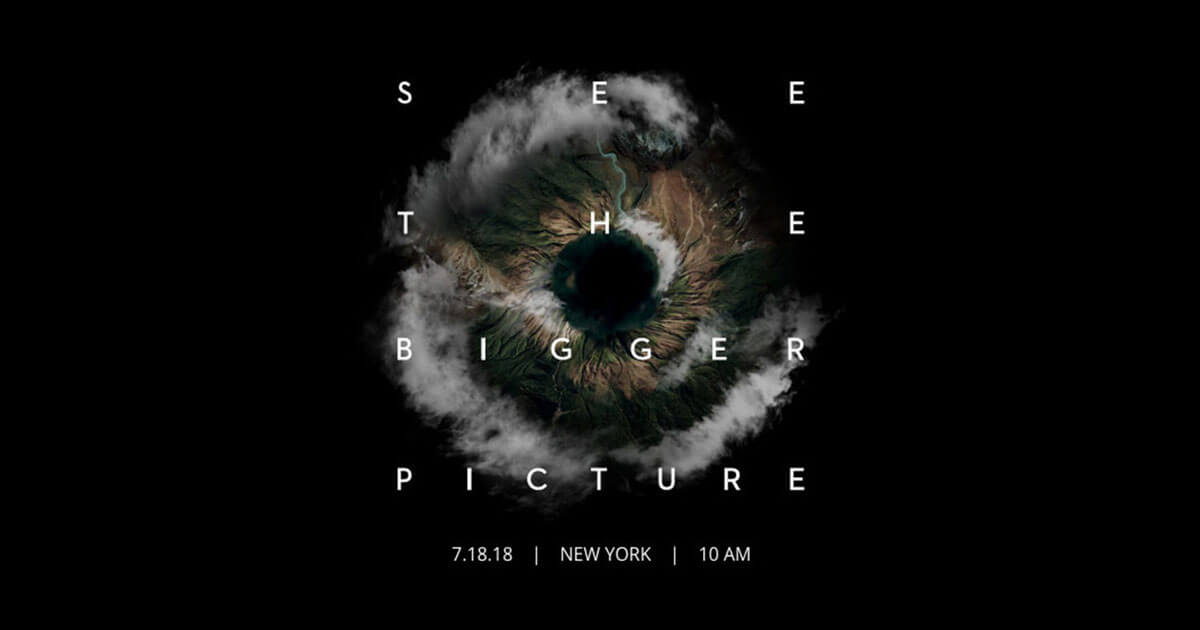 A DJI Mavic Pro 2 may be just around the corner as DJI have announced an event on the 18th of July in New York City. The only clue as to what is being released so far is the invitation with what seems to show an aerial shot shaped in to the form of an eye with the quote ‘See the bigger picture’.

We are willing to bet the new Mavic Pro 2 will feature more obstacle avoidance features like the new APAS system introduced in the Mavic Air. Many speculate that the announcement will be for a new Mavic Pro 2 featuring an uprated camera with a 1 inch sensor. This would be a great improvement for low light shooting and image quality in general.

We feel that the quote may allude to the next iteration of the Mavic Pro having a camera zoom feature tied in with some nice new intelligent flight and shooting features. The ability to control zoom and flight movements would make for some super interesting aerial shots. With the new Parrot Anafi just being released with a camera featuring lossless zoom it seems like DJI need to respond on that front to stay dominant in the market.

Other rumours circling round are that the announcement could be for a new DJI Phantom 5 drone or a new 360 camera.

The original Mavic Pro was released in the last quarter of 2016 so in terms of timing it seems about right for the new DJI Mavic Pro 2 to be announced. We have had the release of the Mavic Pro Platinum and the price of the original DJI Mavic Pro looks to be coming down to £799 ($899). That only puts it marginally above the Mavic Air so something is coming to shake it up.

Right now the rumour mill is churning at full speed and nobody really knows what is coming until the 18th but you can read more about what might be in store for the new DJI Mavic Pro 2 here or see more about the original Mavic Pro here.

Get the latest updates on DJI’s Mavic drone

Right now all we have is some excitement and speculation, but if you want to stay up to date with latest news on the Mavic Pro 2 then sign up below.