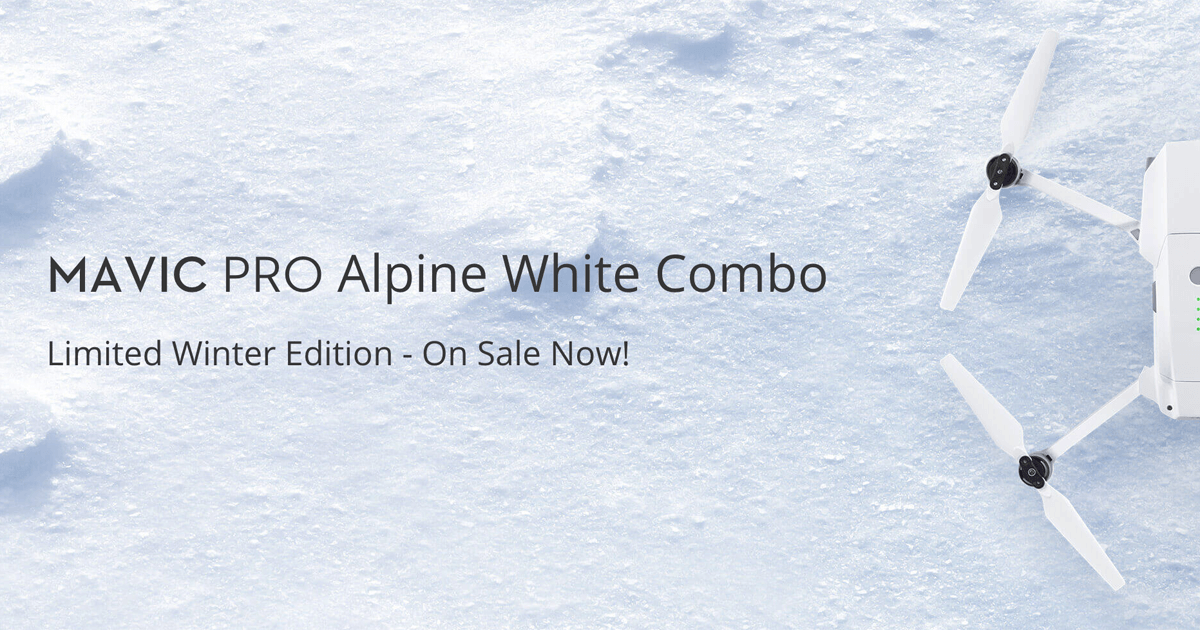 The DJI Mavic Pro has been the must have drone of 2017 and top of every gadget lovers Christmas list. Today DJI launched a new limited edition Mavic Pro Alpine White. As the name suggests it’s an all white version of the Mavic Pro Bundle rather then the Mavic Pro Platinum, it includes a white version of the controller, batteries, props and even accessories! DJI Mavic stock has been temperamental as of late and these will no doubt sell out in the run up to Christmas. DJI also announced that the Mavic Pro Alpine White will be exclusively available at Apple stores, the Apple website and direct through the DJI Store.