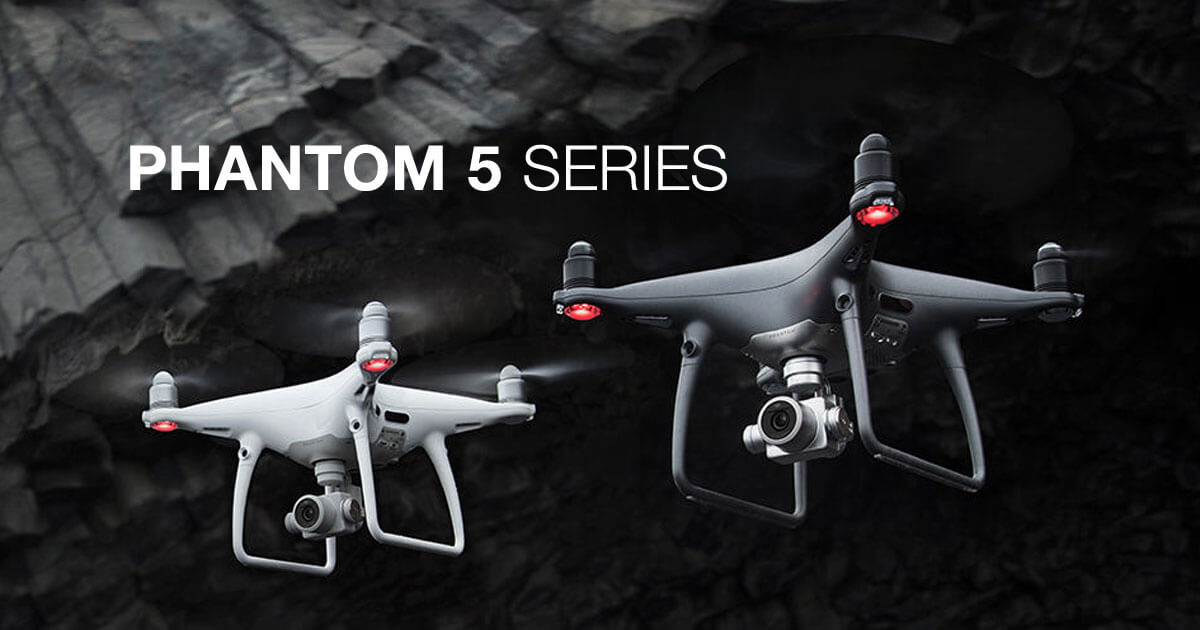 The DJI Phantom 5 release date and specs are still not confirmed, we will be keeping this post up to date with the latest news on the new Phantom 5 drone. In the meantime we look at where the next Phantom fits in to the DJI lineup of drones.

The Phantom’s body design for us is the most iconic to date and many other similar drones have followed suit. More recently the Mavic Pro introduced a more portable folding design. The Phantom is still an incredibly popular drone series, but it is losing ground to the Mavic series. The Phantom series is not unnecessarily bigger, it uses it all to its advantage.

The bigger body housed a bigger battery offing better flight time until it was equalled by the Mavic platinum. It has a faster top speed, more obstacle sensors and is more stable in higher wind speeds. Its larger controller offers a built in screen and better flight range.

Most importantly it has a better camera and gimbal for capturing photos and video. The Mavic Pro’s smaller camera and sensor struggles in low light and has less manual features available.

Will its iconic body be getting smaller? We are not convinced but something may need to change. The Mavic’s portable design has really spoilt us for size and quality. If you going to get a bigger drone that need casing to travel then it’s worth considering the Inspire. The Phantom sits in a niche now between the two drones, the Inspire caters for professionals and the Mavic Pro caters for semi professionals.

It is a trade off in price because the Phantom is more expensive than the Mavic Pro. This leads us to the question of where the Phantom Standard and Professional models are heading in the future.

For people to continue to be interested in the Phantom series DJI need to keep innovating and keeping it a cut about the Mavic series. Improved camera features like zoom and higher frame rates tied in with an increased flight time will keep it relevant. For us, having an interchangeable camera would make it much more appealing, but that would add complexities to the models.

Another thing that needs to change is the cost of accessories, a Phantom battery with 30 minutes of flight time costs twice as much as a Mavic Pro battery offering the same flight time. Extra batteries are something that most buyers will need, so this needs to be considered.

Right now there is nothing but Phantom 5 speculation but if you want to stay up to date with all the latest developments then sign up below.

Don’t waste your time constantly searching for Phantom 5 news, sign up for Phantom updates and we will keep you updated with all the latest news.