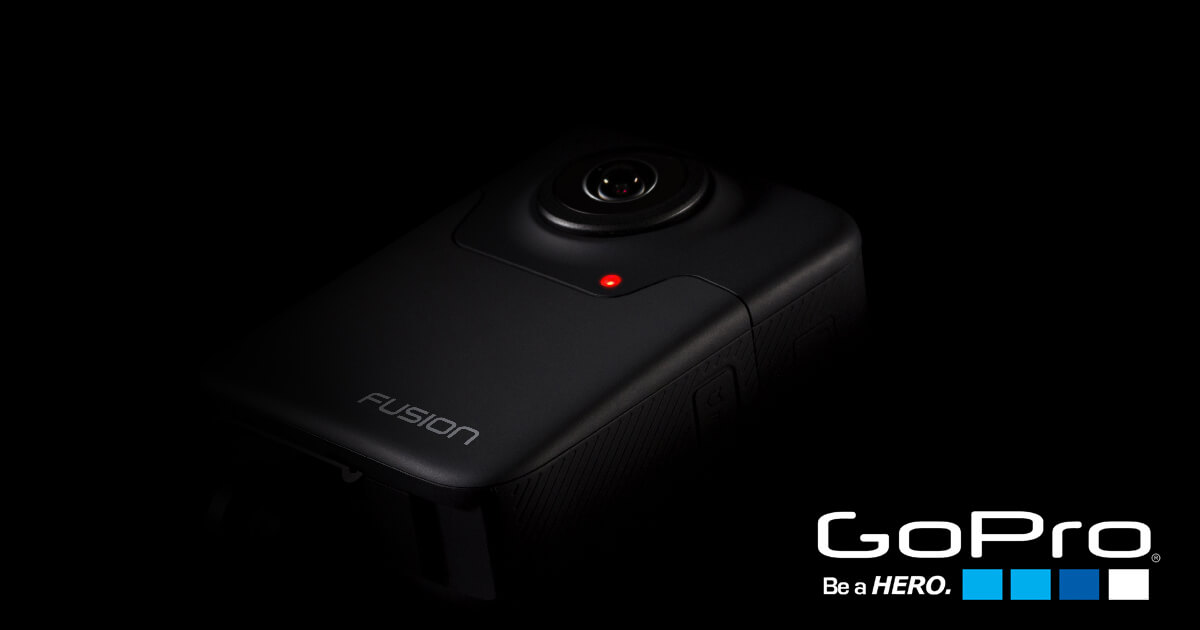 What is the GoPro Fusion?

Gopro Fusion is the first 360 camera from action camera maker GoPro. A lot of people would say its about time they branched out in to the 360 market and have been slow to react. Many other companies like Ricoh, Kodak, Insta360 and Gyroptic have really run with 360 and gone through many iterations of their 360 products already.

GoPro’s only 360 video offering to date has been the GoPro Omni, a 6 camera housing array for the GoPro Hero 4 Black. The GoPro Omni boasts 8k 360 video, but comes at a price both in cost and time. Costing an eye-watering $5000 the Omni is quite a device to setup, each camera needs a charged battery and clear memory card. The Omni does have power management and special firmware must be installed on to each GoPro to create the correct shooting workflow. All of this just makes the barrier to entry so high and risk of getting some kind of manual error too high. The GoPro Fusion looks to take away all of that overhead and make it super simple to shoot great looking 360 content

In the past GoPro have been trailblazers and trendsetters, both in design and technology but the form factor of the GoPro fusion leaves a lot to be desired. Its an awkward square shape and very bulky to mount to surfaces. Its a massive missed opportunity having a modular camera drone in the shape of the Karma and not making the Fusion camera compatible with it.

The GoPro Fusion is made up of two cameras on opposite sides making up a 360 5.2k resolution at 30fps. This means the individual cameras must be slightly less powerful than the 4k Hero 5 unit. Each one would likely be shooting around 3k either side with some stitching compensation. In the world of 360 video this falls in to the prosumer market which is where most GoPro products live.

GoPro cleaned up with Hero 5 sales which pulls them through struggles with their Karma drone and cheap camera competitors flooding the market. These next few products from GoPro will really decided their fate. A lot of other companies have caught up with their camera tech for a fraction of the price and their drone tech is currently no where near cutting edge.

The GoPro Fusion costs £699 ($699) which is fairly expensive when compared to other offerings on the market. But the quality of the footage is very impressive and a slightly higher resolution than competitors.

The GoPro Fusion was circulated summer 2017 on a pilot program for content creators to show what it can do before its release date. It was later announced on September 28th 2017 in the GoPro live keynote alongside the Hero 6 and started shipping on the 30th of November.