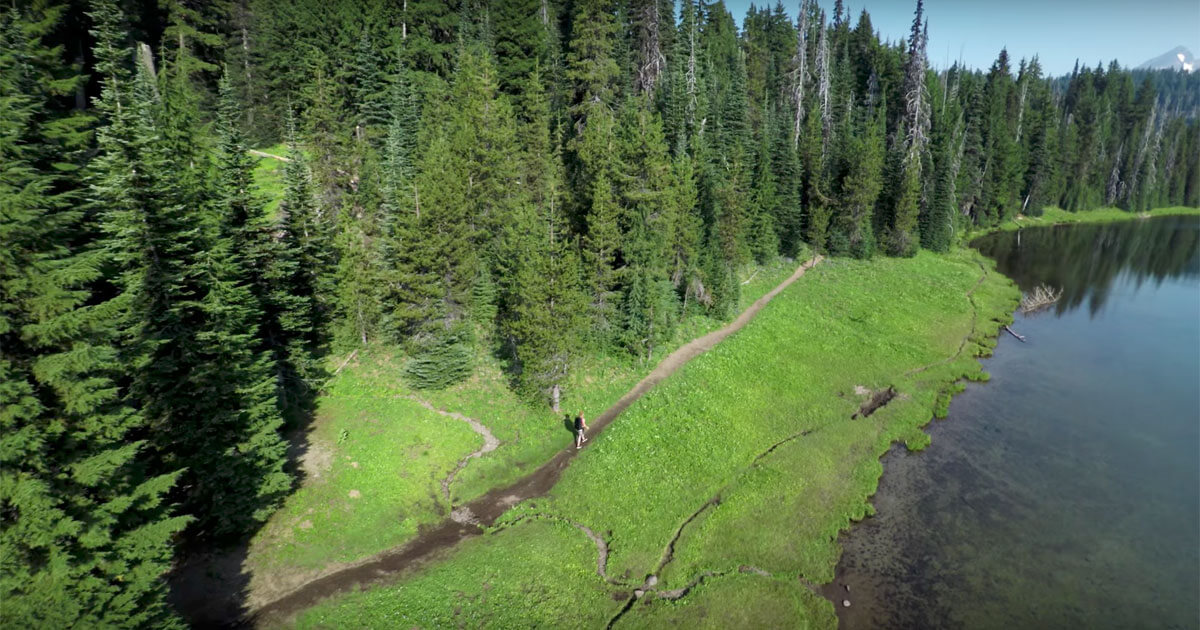 Back when the GoPro Karma was launched it lacked one feature that everyone wanted to see, a ‘follow me’ mode. GoPro as a brand is all about living in the moment and forgetting about the whole shooting process, but the Karma drone really failed on that. All people wanted was something they could launch and let it do the work. It also came at a time when DJI were launching the Mavic Pro and that was packed with intelligent flight features that made the Karma look a bit outdated before it had even shipped.

But to its credit the GoPro Karma ’s unique selling point is that it is an all-in-one shooting tool for ground and air. The drawback to this is that the Hero camera isn’t integrated directly into the Karma drone. This means it lacks some visual positioning and tracking features that other drones can offer as standard.

What GoPro have done is taken the AirDog approach and updated the firmware so that the Karma drone can follow the Karma Controller using GPS. This means you can achieve follow features now with the original Karma drone. This still doesn’t solve the problem for everyone, because you still need somewhere to keep the bulky controller which isn’t possible. Say for example you are surfing then its just not practical, but its perfect for driving and cycling shots.

Its new ‘look up’ feature also allows the Karma to film directly above it without the the gimbal or blades obstructing the shot. This allows you to get a new perspective on your aerial footage with a new angle to play with. Combine that with the new Hero 6 camera and the drone has actually seen a decent update without an entire hardware change. Slightly disappointing to us was the lack of Karma compatibility with the new Fusion 360 camera although this could happen later down the line.