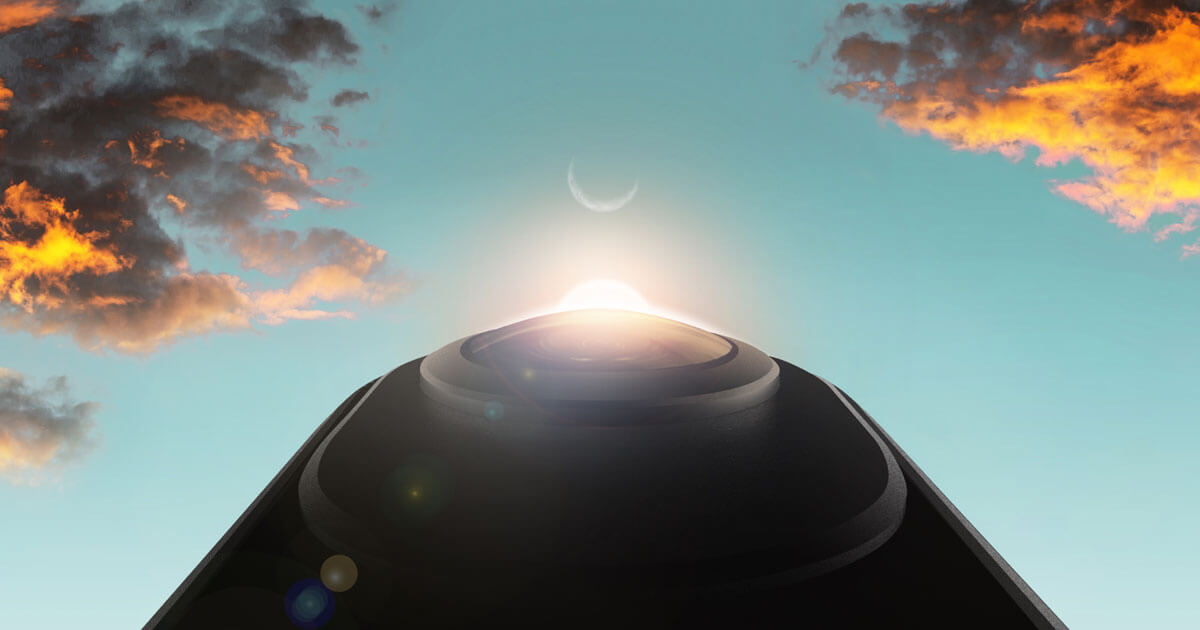 Insta360 teased some footage of a new camera, dubbed the Insta360 One with an announcement date of August 28th. We were very excited about this because Insta360 are currently pioneers in the field of affordable 360 video and leading the way for new features.

Some people misinterpreted the promo video (below) for the new product being a fixed camera that creates orbit style footage. Sadly this is just fantasy and not actually possible without the camera moving to capture those other angles behind the subjects.

What it does have though is slow motion shooting combined with a ‘selfie stick’ mode that can remove the stick so the camera appears to be floating around you. The Centriphone brought bullet time to the masses with its simple and cheap mechanics. Now the Insta360 One takes that idea and runs with it opening it up to everyone. Its a neat effect but you probably don’t want to be doing that in a crowd of people or be near someone doing it. Swinging a camera on a piece or string or metal stick over your head is bound to end in tears!

Insta360’s mainstream cameras the Insta360 Air and Insta360 Nano  attach to Android and iOS devices. While this is great it can be a little restrictive when it comes to mounting the camera. So a standalone camera opens up a lot of new shooting possibilities. The Insta360 One can be mounted in a variety of ways with a standard tripod mount and also has an additional underwater housing.

The first version of the Insta360 One is an iOS version that works for iPhone 7 / 7 Plus, iPhone  6s / 6s Plus, iPhone 6 / 6 Plus, iPad Pro and iPad Air 2. When connected to a smart device you can record directly to the device or live stream at the touch of a button. As well working with a phone or tablet it also works as a standalone camera. It just needs an SD card (up to 128gb), connects using Bluetooth and has 70 minutes of battery life. The camera is connected to the iOS device using a lightning connector but is charged over micro usb when used as a standalone camera. 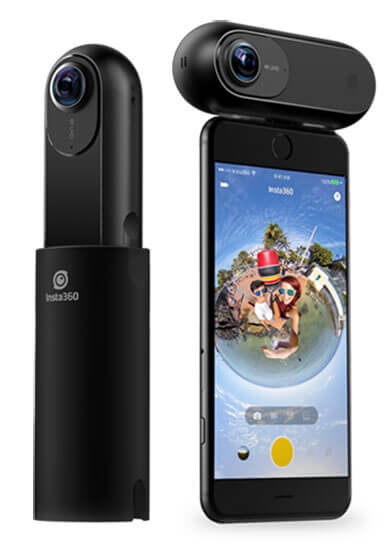 The Insta360 One’s cameras can shoot 4K UHD video, 24 megapixel stills as well as 60fps and 120fps shooting for slow motion video at lower resolutions. Raw shooting is available for photos and its video is captured in the popular mp4 format. Another interesting feature of the camera is it smart track option that centres the frame of the 360 video around a chosen object or subject.

Image stabilisation sounds quite common and it is for traditional cameras, but it is rarely found in mainstream 360 cameras. It opens up a whole new world of shooting, because currently the only usable footage you will get is on a fixed surface. But being able to shoot handheld and not create a shaky sick-inducing wobble effect is an exciting prospect. Gimbals are too bulky for 360 cameras and static shots are not always possible, so digital image stabilisation is the best solution. The Insta360 One boasts 6-axis built-in gyroscopic stabilisation. Not only is that good enough for handheld shooting, its enough to produce the bullet time effect you see in the promo video which is pretty damn impressive.

The price point of the Insta360 One is as affordable as the rest of the Insta360 seres of cameras. Its price point of $299 (£319) absolutely kills off similar competitors in the market like the Keymission 360 and Kodak Orbit360. Part of that is down to the fact that their currency conversion of cost after import is so good compared to other manufacturers.

Perviously Insta360 did not have a semi professional standalone camera, the nearest you could get is the Insta360 Pro for $3500. Thats a bit rich for our blood, not to mention too bulky to get on a drone, which for us is important!

This camera ticks all the boxes for us, its got great high resolution cameras, various shooting modes and works through smart devices for quick social sharing or as a standalone unit for things like aerial or underwater shots. This is a game changer in 360 because it completely undercuts the competition by nearly £200 whilst boasting better software and functionality. Not only is this going to shake up the 360 camera market, it is also going to make people consider this over a traditional action camera like the GoPro Hero 5. Insta360 One is more affordable and can arguably capture a better experience by being able to switch between multiple angles and follow the action with effortless shooting.