The Kodak Orbit360 camera has still not been officially released but Kodak have now updated the camera’s press page and added it to their online store. The camera is still not available to buy and labelled as ‘coming soon’, but between the two pages you can see the packages that will be available to buy and the official price of the camera ($499).

We are eagerly awaiting the Kodak Orbit360 as we think it may be the perfect 4k 360 camera for aerial and everyday use.

The Kodak Orbit360 is a 4k 360 camera that is essentially two action cameras housed together to produce a 360 images and video. It has dual use as a traditional 4k action style video camera and a high resolution 360 camera. This is obviously not the first of its kind, you can read more about state of 360 cameras here. Kodak are in the right position to make this an excellent camera, they have a few iterations of 360 cameras under their belt and a well developed app to accompany them.

Kodak could really hit the sweet spot of a great quality 4k 360 camera teamed with excellent software to back it up. Consumers want great quality imagery, mixed with simplicity, off the shelf with no hassle. The camera is set to offer Facebook and YouTube ready content straight out of camera with no processing or hassle after shooting.

You can connect to the Orbit360 using Wi-Fi, NFC or Bluetooth via the PixPro App for iOS and Android. The PixPro Utility app allows you to edit and grade your footage with its simple set of 360 video tools.

No official pricing has been announced by Kodak, but the price tag of £499 / $499 has been thrown around. Wex Photographic are even taking pre-orders at that price. It would be nice to see it fall inline nearer the £400 mark, but it is still very competitive at that price as it is quite an unrivalled market. 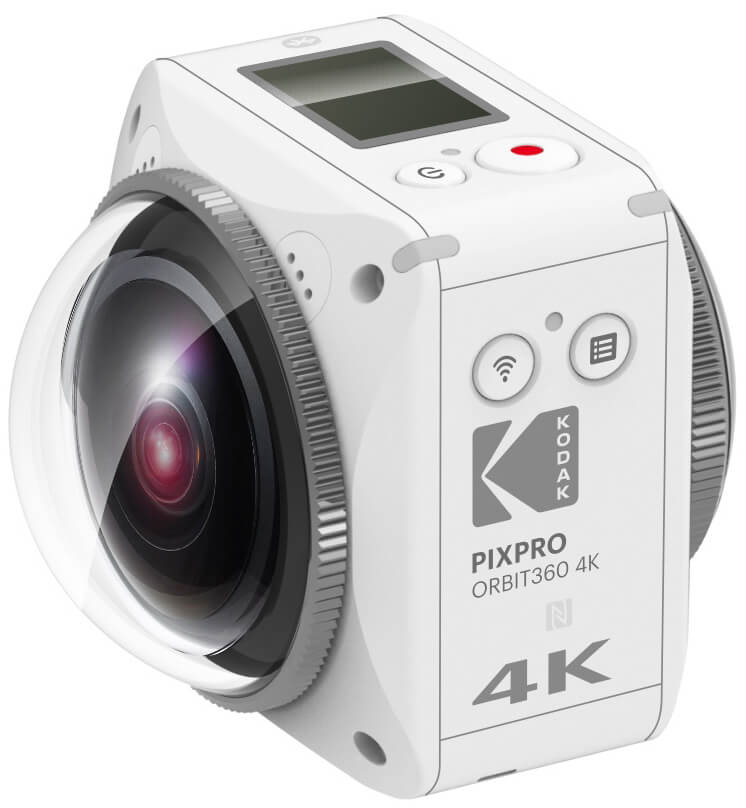 Kodak wrote on their Facebook page that the camera would be released in early March, no date was confirmed, but it is due to come out any day now. You can see more about the camera on the Kodak website and even sign up for updates on the camera here.

Keep an eye out on our Youtube channel and here for more on the Kodak Orbit360, where we will be running it through its paces in future articles with plenty of test footage.