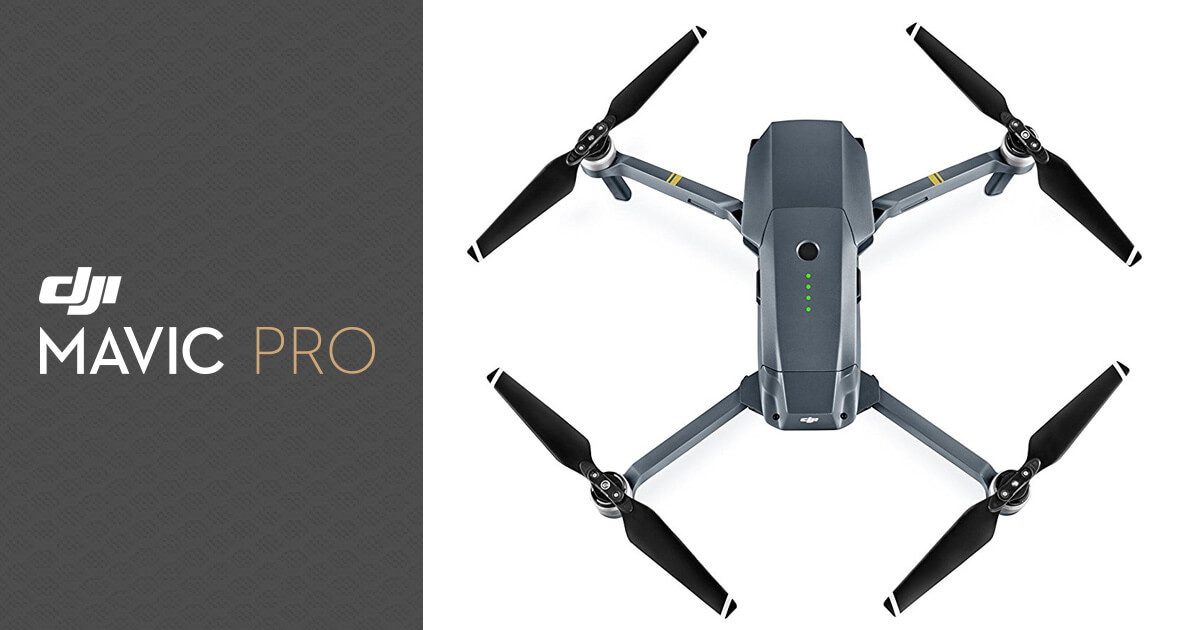 This post will be updated with the latest news on the Mavic 2 as we get it. Sign up for updates here

DJI announce that they are holding a press event on the 18th of July 2018, this looks to be the DJI Mavic Pro announcement we have all been waiting for.

DJI announce the Mavic Air, a smaller version of the Mavic Pro that still features 4k video and boasts improved obstacle sensors. You can read more about the Mavic Air here.

With the arrival of the new DJI Spark drone and the recently released Mavic Pro a lot of people are left divided on what to spend their money on. The drones themselves are quite different and suit different needs, you can see a simple spec comparison here.

Mavic Pro was the first DJI prosumer drone to break from the Phantom’s fixed body and feature a compact folding arm design. The Mavic Pro’s hardware specs are already very impressive, but the technology squeezed in to the Spark makes you think that the next Mavic is going to be incredible. You can see more specs on the current Mavic Pro here.

Realistically we expect the next Mavic Pro to be a slight spec bump. This would follow the path of the Inspire series with the next release being a Mavic Pro V2. The new Mavic Pro will likely inherit the new flight features from the Spark including the gesture controls and video flight presets. Although it is a little big for a palm take off and landing, it has great potential for more sophisticated gesture controls.

Alongside some software enhancements we would expect to see some improvements to the camera in the form of 60fps in 4k mode, enhanced low light capabilities and some extra flight time squeezed in to the battery performance.

Theres no doubt that the Mavic Pro is a Prosumer / Professional series drone and has a price point to match, at just over £1000 for the basic package. But will DJI make the Mavic line fit in with the Phantom by releasing a Standard or Advanced version to sit alongside the Pro? If this were to happen it would mean a drone coming to market that sits right in-between the Spark and current Mavic Pro. This is something that is very appealing to a lot of customers as it is aimed more at the mass market. A slightly watered down version of the Mavic Pro with a 2k camera and lower flight specs would still be appealing to a much wider audience.

Should I Wait For the Mavic 2?

Right now the Mavic 2 is not even a dot on the radar and it will certainly not be released before the last quarter of this year. There is no real indication of whether the next Mavic will even be an upgrade or a Standard version of the Mavic Pro. So if you want to get out shooting then we would recommend just going for the current Mavic Pro, it is an excellent piece of kit and you will not be disappointed! You can always upgrade later down the line as the prices stay strong on second hand sales. We are starting to see occasional price drops in the Mavic Pro, keep an eye on our drone deals page for the latest deals.

If you have any insight in to the next iteration of the Mavic series or want to share what you would love to see in the new version then let us know in the comments.

Get the latest updates on DJI’s Mavic drone

Right now all we have is some excitement and speculation, but if you want to stay up to date with latest news on the Mavic Pro 2 then sign up below.