Police Drones Launched In the UK 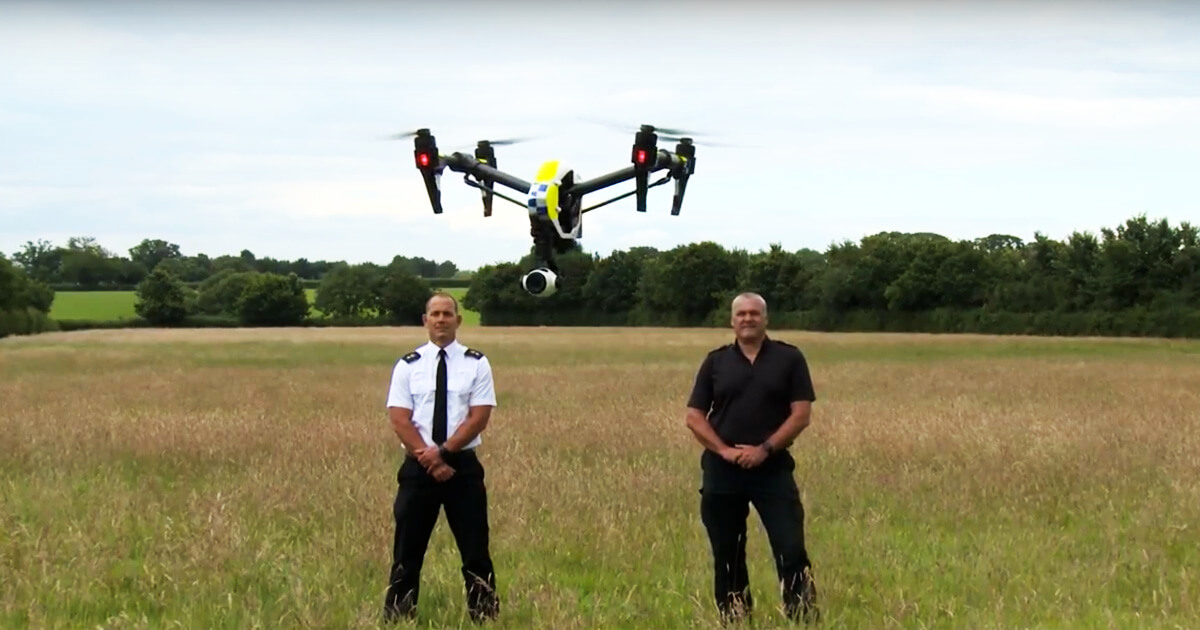 If you ever wanted to see drones kitted out with police decals then the wait is over!

After a few years of testing the first police drone units have been launched in Devon, Cornwall and Dorset. Officers must undertake CAA training to join the new drone force units and abide to the same safely rules as civilians. Helicopters aren’t cheap to use or readily available at short notice, so the new drones look to step in and help out. Helicopters cost over £800 an hour so drones are a much more cost effect solution and have additional bonuses in their size and accessibility.

Police drones are in place to track suspects in firearm incidents and counter terrorist operations and even wildlife crime. They are also going to be used for surveillance of raid operations and crime scene photography and documentation. This new fleet of police drones will likely raise new issues and resurface current issues on privacy.

The new police drones are modified DJI Inspire 1 and Mavic Pro units carrying zoom lens cameras and some carrying thermal imaging cameras. Of course drones have drawbacks like fairly short battery life and only being able to go up in certain weather and wind conditions. But drone technology is improving all the time and waterproof drones are starting to come on the market.

It is nice to see drones being used for good and appreciated for the what they can do. Drones have already been used to provide vital evidence for court cases and assist in police investigations. Now they have cemented their way in to the police force and in to the future of policing.

You can see more about the new police drone units in the video below or alternatively check out the hashtag #policedrones on Twitter.